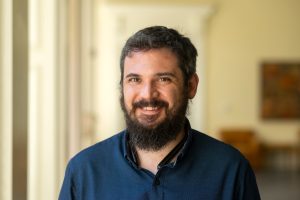 Shane was raised in upstate New York until the age of twelve when he moved down to Stanly County North Carolina. He first came to Carolina roughly 20 years ago where he met his future wife and got a BS in physics. After graduating Shane became the Teaching Lab Manager for the Physics & Astronomy department and started a career in physics education. Along the way he picked up an MS is Materials Science. During his career Shane has focused on outreach programs that aim to increase diversity in the sciences and broaden the scope of what a scientist looks like.

Get to Know Shane

How do you identify?

List three things that people would be most surprised to learn about you?

Who do you admire and why?

I admire my parents. They taught me the values of hard work and to have empathy for others.