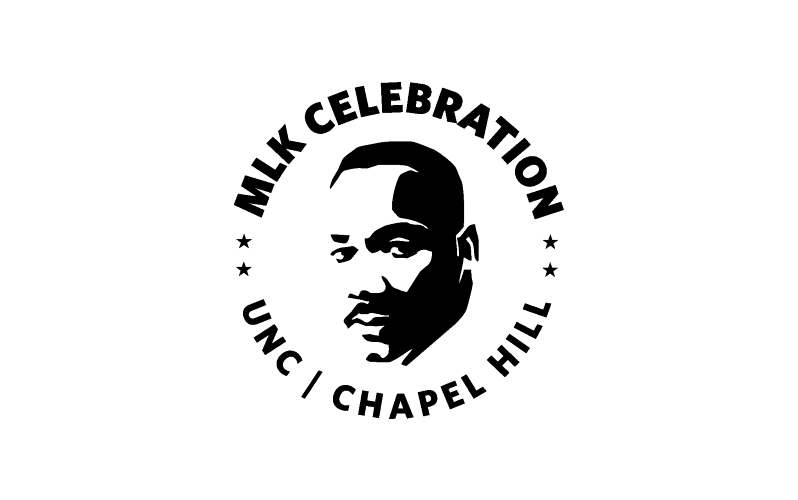 The event also includes the presentation of the MLK UNC Scholarship for UNC juniors whose public and private community activities demonstrate a commitment to improving the quality of life of our community and campus, and the MLK Unsung Hero Awards for UNC staff/faculty, department or community/corporate entity who has exemplified a steadfast commitment to inclusion.

This year’s event took place on Feb. 22 (moved from its Jan. 19 date due to Covid concerns) and featured LaTosha Brown.

READ ABOUT THE EVENT HERE

Her voice is the nexus between the Civil Rights Movement, the Black Power Movement, and Black Lives Matter.

“There is power in my voice! It is a divine gift that I use to connect different worlds. I bridge the philanthropy world to the grassroots community, traditional politics to grassroots politics, and practitioners to the scholarship of movement building.”

LaTosha is also the Visionary, Founder and Co-Anchor of a regional network called the Southern Black Girls & Women’s Consortium. This is $100 million, 10-year initiative to invest in organizations that serve Black women and girls. The goal of the consortium is to create a new approach to philanthropy by allowing every component of the program, inception to execution, to be created by Black girls and women in the South.

LaTosha has worked in 23 different countries to include Kenya, Guyana, and Brazil. Her next mission involves resourcing and empowering women across the Diaspora. “I don’t want women to be seen as victims; they are the problem solvers for the world. I am convinced that Black Women are going to liberate the world!”

Ms. Brown has received numerous awards and accolades for her work. She has been featured on ABC, CBS, CNN, Democracy Now, and PBS. Her Op-Eds have been showcased in the New York Times, Politico and Essence. Her work has also been highlighted in several docuseries: What’s Eating America?,  American Swamp, and Finding Justice.