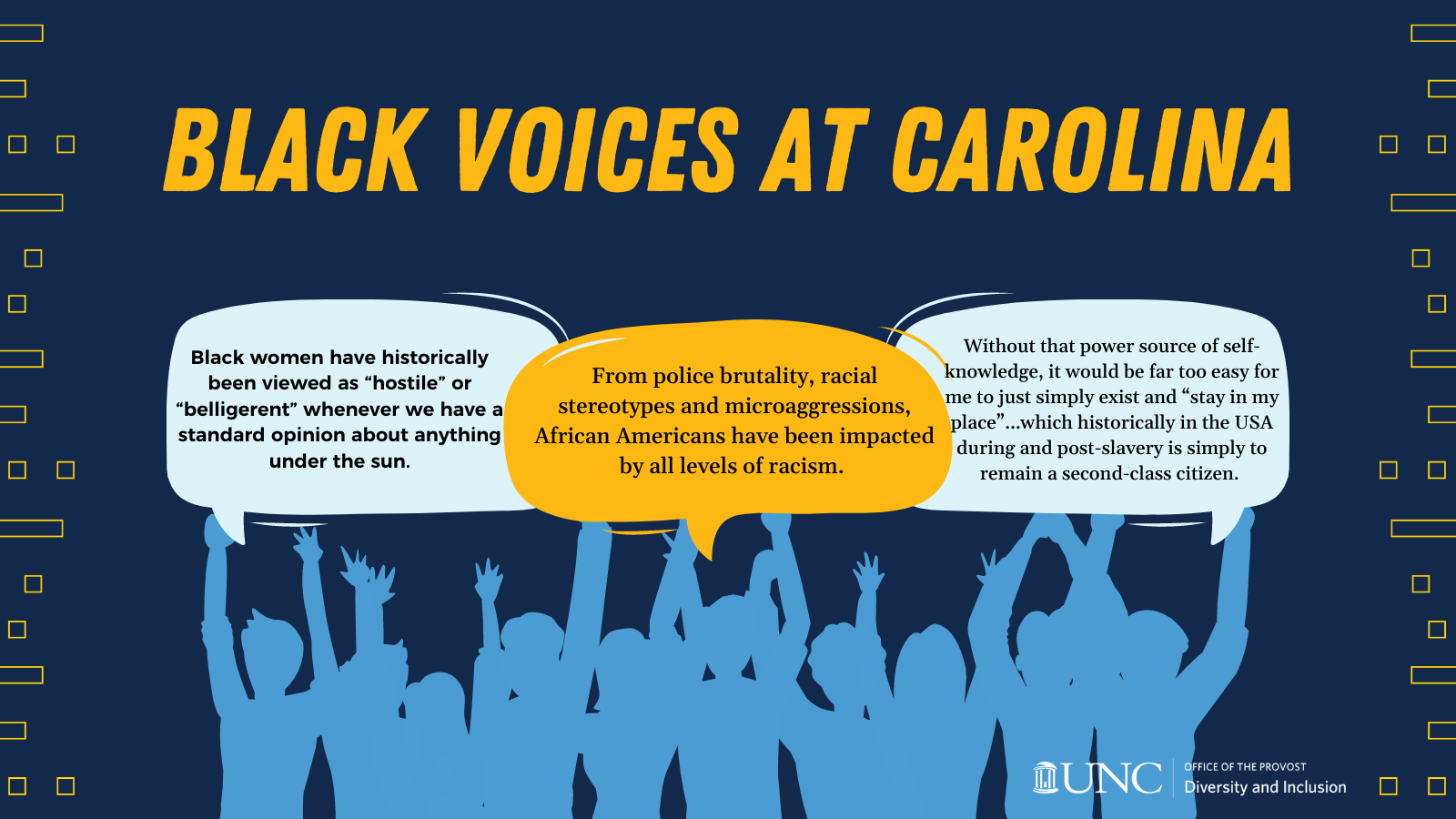 The history of Black Americans is one that is riddled with plight. Since 1619, the very people who contributed to the success of this nation have been subjected to suffering, unfathomable cruelty and inequity. While the Civil Rights Movement of the ‘60s augured in greater awareness of the impact of their experience, it wasn’t until two years ago that it seemed to register in the national consciousness. With the murders of Ahmaud Arbery, George Floyd, Eric Garner, Breonna Taylor, and countless others at the hands of the police came the outcry “Black Lives Matters” and a movement to raise a greater sense of the catastrophic imbalance experienced by Black people in the U.S. was born.

As members of our Carolina community, we strive to pave a clearer pathway for their success. In hopes of building a better sense of understanding of the lived experiences of our Black friends and colleagues, several have generously shared their stories. Timed to coincide with Black History Month, this is part of our ongoing Voices at Carolina series. In their own words, they tell us of their connection to heritage and culture, navigating a sense of belonging (or not), and their concerns for the future. 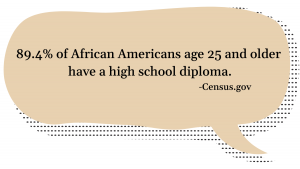 We find ourselves in a unique period in the United States – and globally – where people are grappling with centuries-long racial injustices and inequalities, while simultaneously fighting a pandemic that has exacerbated the financial woes and vulnerability of those on the low-end of the socioeconomic pyramid. For me, my heritage and strength came from my family and the morals and values they instilled in me – and continue to instill. And then as an adult, it came from my desire to do my own research about Black Africans and Black Americans through the lens of continental African culture and American culture respectively. WEB DuBois describes the “double-consciousness” of Blacks in America as “One feels his two-ness, — an American, a Negro; two souls, two thoughts, two unreconciled strivings; two warring ideals in one dark body, whose dogged strength alone keeps it from being torn asunder.”

I experienced this phenomenon in an expanded way that I’m going to share for the first time ever. As an adult, I lived and worked abroad for 10 years in Europe. And so, I had an experience of double-consciousness while in Europe that completely expanded my worldview in ways that I could never have imagined. I actually experienced a “sextuple-consciousness” in my lifetime! Think about it. I experienced double-consciousness in the United States…and I experienced it in Europe. So that’s four times. And I lived in Europe long enough to become a citizen, adopt a new culture, and become fluent in a language that several former African colonies speak as their national language. While in Europe, I began to identify more and more as a Black European. That became the fifth consciousness. And yet, it didn’t end there. When I eventually moved back to the United States, I still identified with being a Black European – the sixth consciousness. 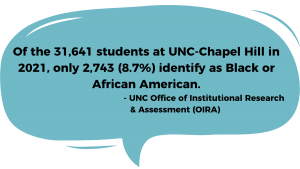 Can you imagine how all those levels of consciousness and experiences transformed the way I thought and viewed history, culture, and the world around me? Not only did I develop a strong anchor of self-knowledge in my own identity, but I began to see other cultures as clearly as Neo in the Matrix saw software code. My cultural pride and heritage don’t come at the expense of other cultures. It’s not binary with me. It’s not either-or. With me, it’s both-and. It’s a philosophy I hold of a cooperative existence of people around the world who are shaped by their geographic location, political governance, history, socioeconomics, customs, languages, and beliefs – to name a few. By being grounded in my own history as a Black American whose ancestors came from continental Africa, it provides me with an internal power source that allows me to fight through the negative stereotypes and beliefs held about Black people all over the world. I actually consider that self-knowledge to be like the Arc Reactor that powered Tony Stark’s Iron Man suit! Without that power source of self-knowledge, it would be far too easy for me to just simply exist and “stay in my place”…which historically in the USA during and post-slavery is simply to remain a second-class citizen.

So how am I navigating the current climate? Let’s just say that my Arc Reactor has been powering a heavy load, I’ve been keeping it charged through family, friends, and faith. The current climate is truly one of Lions, Tigers, and Bears…oh my!! I mean, take your pick! Coronavirus pandemic on the one hand, political strife on the other, and racial reckoning on the third – yes, a third hand! Through it all though, I’ve actually learned to focus on the things that I can control, and the ways that I can contribute to improving the areas in life I’m passionate about. That is how I honor my parents and family, and all the people before me, who paved the way so that I could be “seen” and “heard” in a country and world that still struggle to do so. 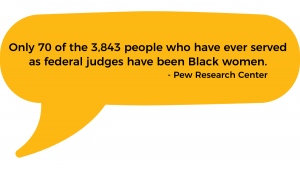 When I was asked to write a reflection on Black Voices at Carolina, it made me think of Black voices beyond Carolina and in general. I often reflect on “my voice” and when and where it is appropriate to use it. Black women have historically been viewed as “hostile” or “belligerent” whenever we have a standard opinion about anything under the sun, but over the years, I have learned that no matter how I am viewed or no matter what others think of me I will always use my voice.

Being a Black woman in America means realizing that doing everything right may not be enough. However, I will show up to the job every day and continue to do my best. From police brutality, racial stereotypes and microaggressions, African Americans have been impacted by all levels of racism.

When I think of Black Voices at Carolina and think of my experience I sometimes have felt “muted.” Muted in the sense that when I express my concerns or thoughts on an issue, I am overlooked and not taken seriously. Or when I am persistent with a task or assignment, I am viewed as frustrated when I hold people accountable. 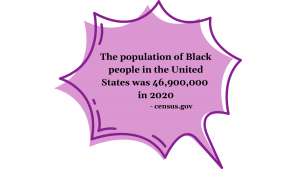 Growing up, I am sure that I have experienced racism on some level. However, it was during my teenage years, while working at a restaurant on Franklin Street that I had my first experience with open racism. I will never forget that day: as I was refilling an older white man’s cup with sweet tea, he grabbed me by the wrist mid-pour and said, “Don’t mind us white folks. We tryna stay in the sun so we can look like y’all.”

I immediately felt so many emotions and a loss for words. I went to tell my supervisor and I will never forget that he told me not to go back to that table but to go to another side of the restaurant and to continue working. At that age, I wished that he would’ve done more. I wish that I would’ve done more. I wish that my supervisor would’ve took up for me and corrected him, but it showed me that in this world, I have to take up and advocate for myself when it comes to the color of my skin.

My husband and I both teach our daughter that her black is beautiful and even if others don’t see it as such, all that matters is that she does. I will never stop embracing my blackness! When I speak, I will speak with boldness and purpose. I will continue to be confident, have courage, and always be true to myself. I am NOT an angry black woman; I am a woman who has something to say.”

If you are faculty, staff or student at UNC-Chapel Hill and identify as Black, we welcome your participation in this feature. Please send submissions to Adrianne Gibilisco at adrigibi@email.unc.edu.