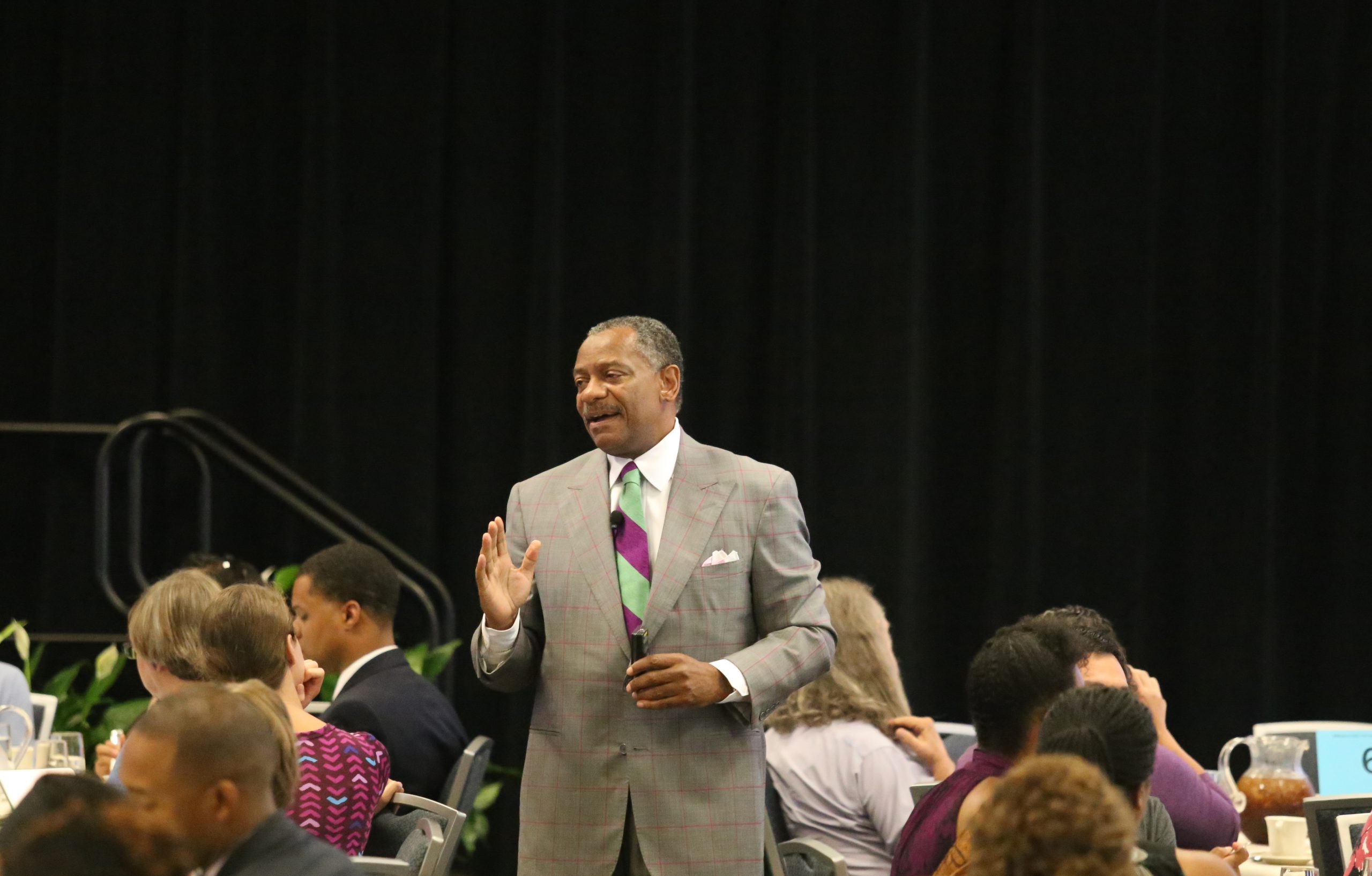 After a summer of heightened racial unrest nationally, and on the verge of the return of 22,000 undergraduates to UNC-Chapel Hill, about 400 faculty and staff members gathered at the Friday Center on Aug. 17 to discuss the topic of diversity.

THINKposium 2016 was a day to examine why the world feels so polarized, to peer into the “empathy gap,” to ponder the browning and graying of America. The pre-academic year event has been held for four years now. But this year, it seemed particularly relevant.

“We are at a really important moment,” Chancellor Carol L. Folt said during her welcome address. “At this time in our society, there is argument, there is debate and there are serious issues, but there are also incredible opportunities.”

This year’s theme was the “lived experience of difference,” and most of the speakers and panelists focused on the importance of recognizing that people from different backgrounds experience the world differently.

“We can all be in the same room, but we are having very different experiences. We need to try to understand those other perspectives because they are legitimate,” said Rumay Alexander, special assistant to the chancellor on diversity and interim chief diversity officer.  “Part of our work is to help people see that difference is not a problem. Just getting along should not be an ambition, but it does occupy much of our day.”

On a panel on community and law enforcement, researcher Frank Baumgartner, Richard J. Richardson Distinguished Professor of Political Science, shared statistics from North Carolina police that showed that non-white motorists pulled over for a traffic offense had different experiences with police than whites.

“Once you get pulled over in a traffic stop, what are the odds that something bad is going to happen?” he asked. “If you’re white, there’s a 2 percent chance your car will be searched. If you’re white and over 50, it’s 0.25 percent. If you’re a young black man living in Durham, your odds are 20 percent.”

Newly hired assistant professor of anthropology Angela Stuesse, whose research has focused on immigrants working in the Deep South, concurred. “Race matters. No one is colorblind. When you talk about immigration, you are talking about race.”

Assistant Chief Jabe Hunter of the Chapel Hill Police Department represented law enforcement on the panel. His department is ahead of the curve because all police officers have received training in implicit bias. “Where we struggle is our next step. How do we then engrain that into their daily work?” he said. “You can understand the concept all day long. Now let’s move to action. What are best practices to take it to the next level?”

During a lively lunchtime presentation, keynote speaker James H. Johnson Jr. showed the audience the impact of race, immigration and an aging population on America’s future. “The Browning and Graying of America” was the theme of this talk by Johnson, a demographer, William R. Kenan Jr. Distinguished Professor of strategy and entrepreneurship at the business school and director of the Kenan Institute’s Urban Investment Strategies Center.

The “browning” of America is a result of more younger, non-white immigrants (mostly Hispanic) that are having more babies than the older white population already living here. The “graying” of America is the fact that 8,000 baby boomers a day will turn 65 for the next 20 years, Johnson said. And who will be funding their Social Security? A younger, non-white workforce not being supported by current immigration, labor and education policies.

“We are leaving a whole generation behind,” Johnson told the group. “This is not just a social or moral issue. This is a competitive issue. And that’s how you and I have to talk about it, because the only thing may understand is dollars and cents.”

Johnson also pointed out that building a wall to keep out immigrants from Mexico won’t stop most of those who are the most dangerous. “Forty to 45 percent of unauthorized immigrants come here with papers issued by our government,” he said, specifically tourists and those who overstay their work or student visas. “Why don’t we talk about this?”

Johnson and the other speakers gave the attendees much to talk about, which they channeled into afternoon discussions on “Strategies for Change.” Divided into four rooms, the participants brainstormed ideas to improve the experience of Carolina’s faculty, staff and students.

Popular suggestions were raises and other incentives, an articulated University strategic plan and support for training and development. Many agreed with the report of the Blue Sky Advising Group, presented earlier by Cynthia Demetriou, associate dean for retention. The report said that students would benefit from a more holistic approach to advising, “one-stop shopping” instead of having to schedule appointments with different advisers in different departments and buildings.

In her closing remarks, Alexander thanked her team and gave one last bit of advice. “I’m going to teach you how to cuss,” she said. “That’s CUS with one ‘s.’” The acronym is a way to remember how to start difficult conversations about diversity.

This tip should help attendees continue the conversation when they returned to their workplaces. “We have real difficulty in how to launch the conversation,” Alexander said. “Our future is all about how we relate to each other.”